Skip to content
Home
Technology
Mobile and Tablets
Leaks, rumours and everything we know so far

Although Apple has made any dates official yet, the. iPhone 14 series is expected to arrive in September.  This year, leaks have suggested a lot about the new iPhone 14-series already, including major differences between the Pro and non-Pro models, the lack of a ‘mini’ variant and also, a new design choice for Apple’s signature notch. Here’s everything we know about the upcoming iPhone 14 series so far.

Leaks have suggested for months that the iPhone 14 series will come with no compact ‘mini’ variant. Apple has apparently decided to ditch the small-size iPhone due to poor sales and will not continue to make them from the iPhone 14 series. While the flagship number-series focuses on larger phones, Apple fans who want a compact device could now only be left with the iPhone SE-series.

Despite the lack of a ‘mini’ variant, Apple will still make four distinct iPhone variants this year, just as the iPhone 12 and 13 series. However, a new iPhone 14 Max is set to debut this year alongside the usual lineup of a vanilla Apple iPhone 14, an iPhone 14 Pro and a 14 Pro Max. This will leave buyers two choices for a large iPhone, as they’ll be able to get a larger iPhone without putting in more money behind a getting a ‘Pro’ variant just for the size.

Different chipsets across the series

The iPhone 14 series may also be the first iPhone series where we may see different chipsets powering the Pro and non-Pro variants of the phone. As per Apple Analyst Ming-Chi Kuo, Apple will only bring the new A16 Bionic chip to the iPhone 14 Pro and 14 Pro Max. Meanwhile, the iPhone 14 and iPhone 14 Max may still be powered by last year’s A15 chip, or a variant of it with some changes.

Apple is also reportedly bringing new components from Sony (for the camera) and LG (for the display of the phone) only for the Pro-variants, suggesting that the non-Pro iPhone 14 variants may not see a big camera upgrade compared to last year either.

The new iPhone 14-seres is also reported to be the first to ditch the signature Apple notch and instead, implement a new i-shaped notch. This will include a round punch hole cutout along with a longer pill-shaped notch. While the punch-hole is expected to pack the front camera, the pill-shaped notch could incorporate the IR sensors for Apple’s FaceID functionality.

This is the iPhone 14 Pro in purple – with @Jon_prosser
See more in the latest FPT episode pic.twitter.com/AJSIR52ns7

However, we still don’t know if the new design will come to all four models or only the Pro variants.

iPhone 14 Max could be be in short supply at launch

The newest entry in the lineup, the non-Pro ‘Max’ variant, is expected to not have enough units due to supply constraints. Analyst Ross Young suggested that display panel shipments for the new Max variant are “way behind” schedule. This also suggests we will be seeing a unique display panel for the iPhone 14 Max, one that’s expected to feature about the same size as the rumoured 6.7-inch iPhone 14 Pro Max, but with a different notch implementation. 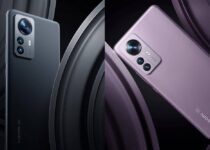 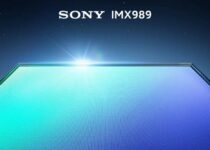 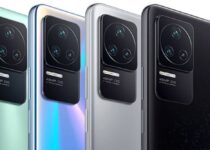