Amid the ongoing economical crisis and political instability, Sri Lankan Parliament will directly elect a President on Wednesday in a three-way contest. According to reports, Opposition Leader, Sajith Premadasa withdrew from the contest and proposed the name of Dullas Alahapperuma, former Media Minister of Rajapaksa government, for the top post. Alahapperuma also has backing of Opposition parties as well as a majority of lawmakers from his own party.

Acting President Ranil Wickremesinghe, Alahapperuma and leftist Janatha Vimukthi Peramuna (JVP) leader Anura Kumara Dissanayake were proposed by lawmakers earlier in the day for the July 20 presidential polls to pick the successor to Gotabaya Rajapaksa after he resigned due to massive political crisis in the island nation.

A large number of lawmakers of the ruling Sri Lanka Podujana Peramuna (SLPP) party was in favour of nominating Alahapperuma for the post of the President and principal Opposition leader Sajith Premadasa as the Prime Minister.

Here’s All You Need To Know About Sri Lanka’s Presidential Elections:

1. Tamils party TNA took a decision after 2 hours long meeting and decided to Support Dalas Alagaperuma. SLFP has also extended its support to Alagaperuma and experts believe that it would not be a plain sailing 73-year-old Wickremesinghe in the in the 225 members Sri Lankan Assembly. Without the ruling SLPP’s backing, it would be very tough for Wickremesinghe to win the elections as he only has his seat in Parliament to be in the reckoning.

2. SLPP number of 145 had seen reversals with 52 of the lawmakers breaking away. The total of 93 later became 97 with 4 lawmakers returning. Wickremesinghe needs 16 more votes to cross the magical figure of 113 in the 225-member house. Even Premadasa, the leader of the principal opposition party SJB, on Tuesday backed out in favour of Alahapperuma.

3. Alahapperuma and Premadasa attended a joint press conference. Premadasa said that he took this decision to back Alahapperuma in order to win the democratic rights of the people of the country. The Sri Lanka Freedom Party (SLFP) has also decided to vote for Alahapperuma in the election.

4. Other political parties such as Tamil Progressive Alliance (TPA), Sri Lanka Muslim Congress (SLMC) and All Ceylon Makkal Congress (ACMC) were also in favour of appointing Alahapperuma as the President, underlining that the people’s voice be highlighted in Parliament. The new president will serve the remaining tenure of Rajapaksa till November 2024.

5. Ex-President Rajapaksa had to flee the country following three months of continuous protests after people were burdened by the debt-ridden economy with skyrocketing inflation. Security has been beefed up in and around Parliament complex for tomorrow’s Presidential election. With no fuel, cooking gas, medicine, food and fertiliser, people took to the streets from March 31 and amid mounting public protest, Rajapaksa and his cabinet had to step down on May 9. 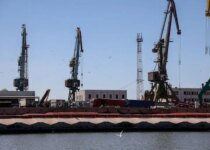 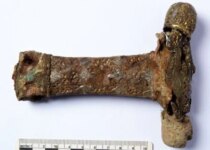