People living in urban areas are becoming increasingly interested in agriculture. However, the soils in cities pose a hidden danger: lead.

Researchers at the University of Illinois have found universally elevated lead levels in soils across Chicago, an urban agriculture hotspot.

Not much is known about how vegetables and other crops take up and accumulate lead in real-world settings. The new study conducted in the backyard gardens of Chicago shows that tomatoes are safe to eat, even when grown in highly lead-contaminated soils.

The study describing the results was recently published in the journal Science of The Total Environment.

In a statement released by University of Illinois at Urbana-Champaign, Andrew Margenot, a co-author on the new study, said there was so little lead accumulation in the fruits, the researchers estimate the average adult male would have to eat almost 400 pounds of tomatoes per week to reach toxic levels. He added that a lower body-weight child of about 60 pounds would need to eat ‘only’ 80 pounds of tomatoes per week.

Margenot explained that it is not the fruits he worries about, it is the practices of tillage and planting. That is where one gets exposed. This means that gardeners and farmers are not safe from lead in the soil.

The reason why farmers and gardeners can be exposed to lead is that when they work in contaminated soil, plant tomatoes into it, or track it into their homes, they end up inhaling the metal. The fine dust on the skin of tomatoes, root vegetables, and leafy greens may contain lead.

If one does not wash the tomatoes well, they may end up consuming lead.

The scientists aimed to know how much lead ended up in a tomato grown in untreated soil, and when the soil was modified with different phosphorus-based treatments. These treatments have been found to reduce lead uptake by humans through the dust inhalation or particle ingestion routes.

According to the EPA, phosphate fertilisers such as triple super phosphate (TSP) at high application rates could be used to mitigate soil lead for human ingestion.

Margenot said the researchers chose to test triple super phosphate as well as composted and air-dried biosolids, which are human faeces processed by Chicago wastewater treatment plants, as organic matter amendments to mitigate soil lead for human ingestion. He said they are Class A biosolids, which means they are tested for pathogens and heavy metals.

However, none of the amendments lowered lead in the tomatoes. Since lead uptake by plants into tomato fruits was already so low, even in highly contaminated soil, the amendments had no detectable effect. The average tomato lead concentration across sites was 0.01 ppm in 2019 and 0.13 ppm in 2020. The maximum allowable limit set by the Food and Agriculture Organization (FAO) for tomatoes is 1.6 ppm. The values of average tomato lead concentration across sites in Chicago was much lower than the maximum allowable limit.

Margenot said that in the second year of the study, the researchers saw an order of magnitude increase in lead in the fruit at two of the three sites, something that was totally unexpected. He added that the soil lead levels did not change across years and the fruit lead levels were still extremely low.

Margenot explained that there is still a lot of basic research to be done on plant uptake of lead. Also, there is a very poor correlation between total soil lead and lead uptake.

How To Reduce Lead Uptake By Humans?

According to the researchers, backward tomato growers should not panic if they are growing in lead-contaminated soils.

Margenot said gardeners and urban farm workers have to be very careful with how they till the soil, cover the surface, and wash the fruit to minimise exposure. Also, it is not necessary to add expensive mitigation amendments.

Margenot also said that phosphorus treatments tested in the study may not have done much for tomato update of lead, but are still promising for lead intake by direct inhalation and ingestion.

The researcher also said that if one wants to sustainably reduce lead ingestion and inhalation risk across the city, they should be looking at phosphorus and at local sources such as biosolids more closely. Biosolids, which are nutrient-rich organic materials resulting from the treatment of domestic sewage in wastewater treatment plants, and a beneficial source of plant nutrients and organic matter, are locally produced in Chicago. These materials can be recycled as a fertiliser and soil amendment, and are a low-cost way to deal with lead.

Agroforestry and perennial fruit production are agricultural practices that require minimal soil disturbance, and can be used to reduce lead intake by direct inhalation and ingestion. 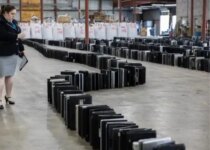 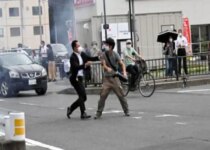