Realme and Redmi sound similar and that’s what may have led to a ‘copy cat’ fight between the two rival smartphone makers on Twitter again. There was a slip of tongue by Sumit Sonal, Xiaomi India’s General Manager during the launch event of Redmi Buds 3 Lite where he accidentally called Redmi as Realme and said: “Introducing our first version in Realme/Redmi buds category and that is Redmi Buds…” which was posted by a Twitter handle that frequently posts tech memes.

The Twitter handle that posted Sonal’s presentation goes by the name @Trolling_isart which was reposted by Madhav Sheth, Realme India CEO with a quote that mocked Xiaomi and read: “Not just fans… but brands love realme as well.”

Not just fans…
but brands love realme as well. https://t.co/vsX7G2ZUr7

Sheth’s tweet gave way to a Twitter war between the two rival brands and Xiaomi’s Sonal replied: “What’s not to love 😂 Hats off to your team for such a strong copy-cat strategy that sometimes even the OGs get confused. IYKWIM.”

What’s not to love 😂
Hats off to your team for such a strong copy-cat strategy that sometimes even the OGs get confused. IYKWIM. https://t.co/iIi6X7hmUJ

It should be noted that the Twitter banter between Realme and Xiaomi is not new. Both the smartphone maker’s executives have been pulling each other’s legs on the micro-blogging platform for years. For instance, earlier in February 2020, Realme’s Sheth took on Xiaomi and tweeted that despite Xiaomi claiming its then-upcoming device (probably Redmi K30 Pro) would be the first phone in the world with India’s satellite navigation system (NavIC). However, Realme X50 Pro with 5G capabilities already supported India’s version of the Global Positioning System (GPS).

“Yes, our ultimate flagship, #realmeX50Pro features #NavIC and even our upcoming phone will feature it as well. So World’s first, the World’s second, coming in a row, all for India. Plan to talk more on 5th March,” Sheth had tweeted. 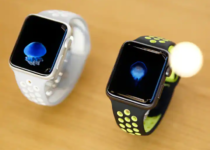 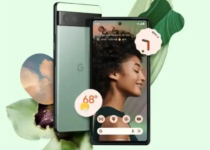