Some of digital health’s best-capitalized startups are struggling.

A string of healthcare unicorns have announced layoffs over the past few weeks, including Ro, Cerebral, Forward and Calibrate. While these companies are all targeting different corners of the healthcare world — from direct-to-consumer healthcare to virtual mental health support — the layoffs show a similar response to the macroeconomic environment.

It’s a shift in tone for the companies, many of which were valued at over $1 billion and enjoyed a massive spike in customer interest during the pandemic. For early stage entrepreneurs, this shift brings a set of lessons on the nuances of operating in digital health. Let’s take a look.

Ro, which raised $150 million just months ago at a $7 billion valuation, cut 18% of its staff to “manage expenses, increase the efficiency of our organization, and better map our resources to our current strategy,” its leadership wrote in an email obtained by Nob6 in June.

The layoff comes at a time when the company, which wants to scale DTC healthcare such as pills and mental health support, is shedding executives as well. Among others, the company has lost its COO George Koveos, GM of Ro Pharmacy, Steve Buck, and most recently, Modern Fertility co-founder Afton Vechery.

In the spring, Ro’s leadership said in an internal memo that they will put “more energy and resources toward fewer initiatives” for the remainder of Q2 and H2. “Narrowing the focus does not mean we will launch any fewer products or services for patients. In fact, we believe it will have the opposite effect. We will increase the speed of innovation for patients,” the memo said, adding that the company will build “new products for existing patients.”

This focus on growth and discipline clearly did not stop the company, which appears to still be hiring, from cutting staff to save on expenses. 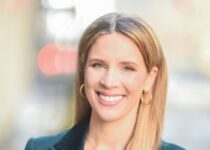 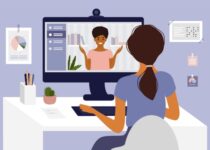