The process for retailers and brands to liquidate excess inventory hasn’t changed very much, if at all, and while some retailers were able to build operational infrastructure to service the off-price channels, it continues to be a constant pain point.

Brands overproduce more than $500 billion of goods annually, and all of that excess inventory leads to retailers needing to do markdowns, which is what we recently saw both Walmart and Target have to do.

Ghost is coming out of stealth Tuesday with its approach to excess inventory with a marketplace approach that enables brands and retailers to buy, sell and price that inventory in a discreet, efficient and sustainable way. It also handles the back end as well by automating the posting, sale and shipment of unsold inventory while offering immediate payment to creditworthy sellers.

Josh Kaplan and Dee Murthy, both founder and co-CEO of the Los Angeles–based company, started Ghost in 2021 after previously working together at Four Five Group, a men’s apparel business. Over the past decade, they saw the differences in relationships as brands began to start more online.

“Twenty years ago, if you started a brand, your first hire, outside of a designer, would have been a salesperson,” Murthy told Nob6. “That salesperson would have had relationships with all the different release valves for inventory. Today, when you start a brand, your first hire is probably someone to build out your Shopify site. More people are focused on the beginning of the product lifecycle; very few are focused at the end.”

The end of the product lifecycle is where Murthy and Kaplan feel Ghost has “an enormous opportunity to help people be more efficient in that process,” Murthy added.

They’ve created a marketplace, similar to eBay, where suppliers list their products with SKU information, availability, volume and descriptions. Buyers then can bid on the goods. Privacy is important, so inventory owners can choose the restrictions on who can see the liquidation, like competitors, and it doesn’t appear in Google searches, Kaplan explained. Other options can be not to sell the goods online or in a certain country.

Naturally, they started in apparel but are also seeing opportunity in beauty and home goods. They’ve also had suppliers sell perishable goods as well — a vendor sold 80,000 dates on the platform a month ago.

“We’re going to be very disciplined in how we approach solving the problem, but we believe that we can be the liquidation solution for every product in the world,” Kaplan added. “That’s our vision.”

Ghost is not alone in developing technology focused on inventory. Last week, Syrup Tech raised $6.3 million in new funding for its predictive inventory recommendation platform, joining other similar companies, including Zippedi and Inventa.

Ghost itself closed on a Series A equity round of $13 million, along with $7 million in debt, in June. The investment was led by Union Square Ventures and included participation from Eniac Ventures, Human Capital and Flexport. The company raised $5 million in equity last November from Equal Ventures and Eniac to give it $28 million in total equity and debt funding.

Murthy and Kaplan intend to use the debt offering as a factor relationship to act as an intermediary and purchase receivables for brands that don’t have access to those kinds of relationships due to it being a nonfrequent sale for some brands. The equity will go toward hiring more talent to join Ghost’s 25-person team. The company has about 20 job openings in the areas of full-stack engineers, data analysts and data science.

Meanwhile, Rebecca Kaden, general partner, Union Square Ventures, is joining the company’s board. The founder pair said they wanted to work with her because of her knowledge base of B2B marketplaces and experience in scaling this type of business.

Kaden joins Rick Zullo from Equal Ventures on the board and told Nob6 via email that excess inventory “filled the news and it definitely spikes in more volatile markets, but it is in fact part of any market.” And no matter the tools being used, “it is impossible to completely accurately predict consumer buying behavior.”

“We have seen a lot of stuff in inventory management but most of it are tools for one side of the market,” Kaden added. “Some may be interesting but we believe a true marketplace model in the middle of this category has the ability to capture the most value and also expand the market and who is involved on each side, which they are already seeing.”

She went on to write, “Dee and Josh are the exact right team to tackle it. They have the unique mix of deep apparel and commerce expertise, empathy for the customer and need set through the businesses they have run, speed, and product-first mindset. The speed with which they are putting volume through the platform is showing that.” 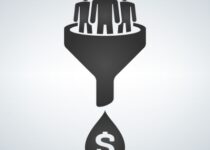 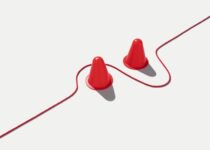