Skip to content
Home
World News
‘I Will Not Get Intimidated’, Says South African President Ramaphosa As Opposition Calls For Impeachment

Johannesburg, Jul 15 (PTI): South African President Cyril Ramaphosa on Friday said he will not get ‘intimidated or bullied into submission’, even as the opposition party Economic Freedom Fighters announced that it would seek his impeachment in Parliament.

Ramaphosa, 69, has been under pressure in recent times over theft of foreign currency in his farm, frequent power outages across the country, surge in crime rates and rising fuel prices.

“I will not be intimidated, distracted, nor bullied into submission,” Ramaphosa said on Friday in his address at the closure of the centenary conference of the South African Communist Party (SACP).

There have been calls for Ramaphosa to step down after he allegedly failed to report to police the theft of a huge amounts of foreign currency were allegedly stolen from his farm.

On Thursday, Economic Freedom Fighters (EFF) said during a media briefing that it was planning to approach other parties as well as the ANC to support its motion of no-confidence against Ramaphosa.

“We are not just looking for an ordinary motion of no-confidence; we are calling for an impeachment. Cyril must leave with nothing because he has violated the people of South Africa,” said EFF leader Julius Malema, who started the party some years ago after being ousted from the ANC, where he was the leader of the Youth League.

Ramaphosa made no reference to this in his address, but did share some details around the alleged non-disclosure of the theft.

“The allegations contained in the complaint are serious, and it is only correct that they be thoroughly investigated and that the due legal process be allowed to take its course without interference.

“As we emerge from the era of state capture, we must be firm on the principle that no person, not a single person is above the law, and everyone, regardless of the position that they occupy, must be held accountable for their actions,” Ramaphosa said.

“I have pledged my full cooperation to the investigation process that is under way. I am prepared to be accountable. I opted of my own volition to appear before the Integrity Commission (of the ANC),” he added.

Ramaphosa said the meeting was supposed to have been held last week, but the date did not suit everyone involved.

“We will finalise another date in days to come and I will go before the Integrity Commission.

“For as long as I am still privileged to be the president of the Republic, I will do my work. I will work alongside all leaders and cadres of our movement and together with our Alliance partners, to end factionalism, patronage and corruption,” Ramaphosa said.

“As an alliance, we will never succumb to the manipulation and the disinformation abuse of office, to the undermining of democratic institutions, or to the threat of violence or insurrections.

“In the battles that must be fought against poverty, inequality, violence, crime greed, those who perpetrate violence against women, (and) corruption, we will not submit. Nor will we relent nor will we ever, ever give in,” the president added.

Ramaphosa was referring to issues such as attacks on the independence of the judiciary and the widespread looting and violence in two provinces exactly a year ago that saw 354 people being killed and damages amounting to billions of rands to infrastructure.

The president had to call in the army after several days when police inaction failed to quell the violence, allegedly because of internal squabbling between senior officials. PTI FH VM VM 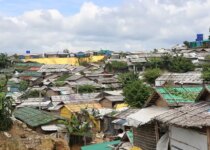 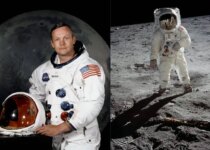