Iran executed a person in public for the first time in more than two years on Saturday, an NGO stated,  calling the practise “mediaeval” and raising concerns about growing oppression in the Islamic republic, news agency AFP reported.

Iman Sabzikar, who had been found guilty of killing a police officer in the southern city of Shiraz in February 2022, was executed by hanging early the next morning, according to Iran Human Rights, a Norwegian based NGO.

It stated that the execution had been covered by Iranian official media, and the prisoner had been named as Sabzikar, whose sentence of public hanging had been upheld earlier this month by the supreme court.

Taking to Twitter, IHR’s director Mahmood Amiry-Moghaddam said, “As in the Middle Ages, today the Ja’mar government hangs a man in public. Two years ago, the government was forced to stop public executions due to the Corona virus. But he couldn’t bear it anymore because his survival depends on spreading terror in the society.”

“We can raise the cost of carrying out such mediaeval practices by people protesting more against the death penalty — particularly public executions — and the international community taking a strong stance,” he was quoted by AFP in its report.

“The resumption of this brutal punishment in public is intended to scare and intimidate people from protesting,” he added.

Social media posts purporting to be of the execution showed a man dangling several metres above the ground on a rope linked to a crane on a truck while wearing the typical light blue and black striped prison uniform of Iran.

Activists claim that public executions in Iran, particularly when the crime involved the murder of a security force member, serve as a deterrence and that executions in Iran often take place within prison walls.

According to IHR, the last reported public execution took place on June 11, 2020. It further stated that four other guys who were all convicted of murdering police officers and given the death penalty are presently in danger of receiving the same fate.

A increasing crackdown in Iran has alarmed activists in recent weeks as the nation experiences rare rallies in the midst of an economic crisis.

Prominent filmmakers and other intellectuals have been detained, and according to IHR, the number of executions in 2022 has increased by double so far this year compared to 2021. 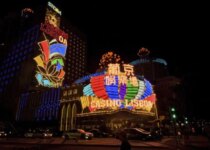 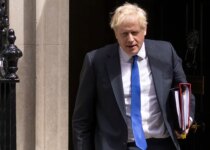 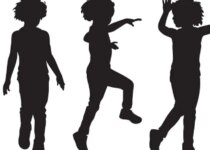