The Ghana Health Service confirmed the two cases after two persons who later died tested positive for the Marburg virus earlier in July. This is Ghana’s first outbreak of Marburg virus disease.

The two people were found to be positive for the Marburg virus on July 10. However, in order for the cases to be considered confirmed, the results had to be verified by a laboratory in Senegal, another west African country, according to the World Health Organization (WHO).

Samples from each of the two patients were sent to the Institut Pasteur in Dakar. The two patients, who were unrelated, showed symptoms including diarrhoea, fever, nausea and vomiting.

According to the WHO, the laboratory in Senegal corroborated the results from the Noguchi Memorial Institute for Medical Research, Accra, Ghana, which suggested the illness of the two patients was due to the Marburg virus.

What Is Marburg Virus Disease?

Marburg virus disease can affect both people and non-human primates.

Marburg virus disease was initially detected in 1967 following simultaneous outbreaks in Marburg and Frankfurt in Germany; and in Belgrade, Serbia.

Both the Marburg and Ebola viruses are members of the Filoviridae family (filovirus), and cause diseases which are clinically similar. The Marburg virus is a genetically unique zoonotic RNA virus of the filovirus family.

The two large outbreaks that occurred simultaneously in Marburg and Frankfurt in Germany, and in Belgrade, Serbia, in 1967 were associated with laboratory work using African green monkeys imported from Uganda. As many as 31 people had become ill, according to the Centers for Disease Control and Prevention (CDC). Initially, laboratory workers became ill. After this, several medical personnel and family members who had cared for them started showing symptoms. As many as seven deaths were reported.

Other regions where subsequent outbreaks and sporadic cases were reported include Angola, the Democratic Republic of Congo, Kenya, South Africa, and Uganda.

How Is The Marburg Virus Transmitted?

The reservoir host of Marburg virus is the African fruit bat, Rousettus aegyptiacus, which belongs to the Pteropodidae family.

According to the WHO, the Marburg virus is transmitted to humans from fruit bats and spreads among humans through human-to-human transmission.

It is not known how Marburg virus first transmits from fruit bats to humans. In 2008, two tourists who visited Uganda became infected with the Marburg virus. Unprotected contact with infected bat faeces or aerosols are believed to be the most likely routes of infection.

Human-to-human transmission can take place through direct contact to droplets of body fluids from infected persons, or contact with equipment and other objects contaminated with infectious blood or tissues.

According to the CDC, people who were infected in previous outbreaks had handled infected non-human primates or had come in direct contact with their fluids or cell  cultures.

The Marburg virus is likely to be spread between humans in close environments and through direct contacts. Healthcare workers in a hospital can be infected through nosocomial transmission.

Direct transmission of the virus can occur through blood or body fluids such as urine, saliva, sweat, faeces, vomit, breast milk, amniotic fluid, and semen of a person who is sick with or died from Marburg virus disease. The virus may be transmitted through broken skin or mucous membranes.

Transmission can also occur through objects contaminated with body fluids from a person who is sick with or has died from the Marburg virus disease, such as clothes, bedding, needles, and medical equipment.

Healthcare workers treating patients infected with Marburg virus disease can contract the disease through close contact with the patients when infection control precautions are not strictly practised.

The transmission can occur through contaminated injection equipment or through needle-stick injuries. Transmission through these modes is associated with more severe disease, rapid deterioration, and possibly, a higher fatality rate.

In burial ceremonies, there are chances of direct contact with the body of the deceased, leading to the transmission of Marburg. As long as one’s blood contains the Marburg virus, they remain infectious.

What Are The Symptoms Of Marburg Virus Disease

The incubation period of the Marburg virus, which is the interval from infection to onset of symptoms, varies from two to 21 days.

On the third day, severe watery diarrhoea, abdominal pain and cramping, nausea and vomiting may occur. Moreover, diarrhoea can persist for a week.

At this phase, the appearance of patients has been described as showing “ghost-like” drawn features, deep-set eyes, expressionless faces, and extreme lethargy, according to the WHO.

Non-itchy rash was a feature observed in most patients during the 1967 European outbreak, between two and seven days after the onset of symptoms.

Several patients develop severe haemorrhagic manifestations between five and seven days, and fatal cases usually have some form of bleeding, often from multiple areas. Sometimes, traces of fresh blood are found in the patients’ vomit and faeces. There could also be bleeding from the nose, gums, and vagina. A maculopapular rash, most prominent in the trunk, which includes the chest, back, and stomach, may occur around the fifth day after the onset of symptoms. A macule is a flat, reddened area of skin present in a rash, while a papule is a raised area of skin in a rash. The term maculopapular is used to describe a rash with both flat and raised parts.

Spontaneous bleeding may occur at venipuncture sites, which are the regions where intravenous access is obtained to give fluids or obtain blood samples.

Patients can have sustained high fevers during the severe phase of illness. If the central nervous system is affected, it can cause confusion, irritability, and aggression.

In the late phase of disease, which is after 15 days, orchitis or inflammation of one or both testicles has been reported occasionally.

Death may occur between eight and nine days after symptom onset, in fatal cases, and is usually preceded by severe blood loss and shock.

How Can Marburg Virus Disease Be Diagnosed?

Virus isolation must be performed in a high containment laboratory with good laboratory practices.

In order to test patients later in the course of disease or post recovery, the IgG-capture (Immunoglobulin G) ELISA should be used.

Immunohistochemistry (laboratory method that uses antibodies to check for certain antigens in a sample of tissue), virus isolation, or PCR of blood and tissue specimens are the techniques which can be used to diagnose Marburg virus disease in deceased patients.

Since samples collected from patients are an extreme biohazard risk, laboratory testing on non-inactivated samples should be conducted under maximum biological containment conditions. Also, all biological specimens should be packaged using the triple packaging system when transported nationally and internationally.

What Is The Treatment For Marburg Virus Disease?

Currently, no vaccines or antiviral treatments have been approved for Marburg virus disease. However, survival can be improved through supportive care such as rehydration with oral or intravenous fluids, and the treatment of specific symptoms. Supportive therapy also includes balancing the patient’s fluids and electrolytes, maintaining oxygen status and blood pressure, replacing lost blood and clotting factors, and treatment for any complicating infections.

No licensed treatment proven to neutralise the virus is available yet. However, a range of blood products, immune therapies and drug therapies are currently under development.

In May 2020, the European Medicines Agency (EMA) granted a marketing authorisation to Zabdeno (Ad26.ZeBOV) and Mvabea (MVA-BN-Filo) against Ebola virus disease. According to the WHO, the Mvabea vaccine contains a virus known as Vaccinia Ankara Bavarian Nordic (MVA), which has been modified to produce four proteins from Zaire ebolavirus and three other viruses of the Filoviridae family.

The Mvabea vaccine could potentially protect against Marburg virus disease, but its efficacy has not been proven in clinical trials.

How Can Marburg Virus Disease Be Prevented?

In order to control outbreaks of the Marburg virus disease, a range of interventions, namely case management, surveillance and contact tracing, a good laboratory service, and safe and dignified burials are important.

Community engagement is very important to successfully control outbreaks. People should raise awareness about the risk factors for Marburg virus disease and protective measures that individuals can take. These methods are an effective way to reduce human transmission.

It is essential to reduce the risk of human-to-human transmission in the community arising from direct or close contact with infected patients, particularly with their body fluids.

Moreover, communities affected by Marburg should make efforts to ensure that the population is well informed about the nature of the disease as well as necessary outbreak containment measures.

Secondary or person-to-person transmission can be prevented using measures similar to those used for haemorrhagic fevers. Direct physical contact with a patient suspected or confirmed to have Marburg haemorrhagic fever can be prevented using barrier nursing techniques, which include wearing of protective gowns, gloves, and masks, placing the individual in strict isolation, and sterilisation or proper disposal of needles, equipment and patient excretions.

What Outbreak Containment Measures Should Be Taken?

Important outbreak containment measures include prompt, safe and dignified burial of the deceased, identifying people who may have been in contact with someone infected with Marburg virus and monitoring their health for 21 days, separating the healthy from the sick to prevent further spread of the disease, and providing care to confirmed patient and maintaining good hygiene and a clean environment.

Though Marburg haemorrhagic fever is a very rare disease, it has the potential to spread to other people when it occurs. Therefore, it is important to increase awareness in communities and among healthcare workers, and improve diagnostic tools. Modern means of transportation that give access to even remote areas ensure that rapid testing of samples can be conducted in disease control centres.

Who Is At Risk Of Exposure To Marburg Virus?

Family members and hospital staff members who care for patients infected with Marburg virus and have not used proper infection prevention and control measures are among those at the highest risk for the disease.

Other people who may be at increased risk of exposure to Marburg virus include veterinarians and laboratory workers who handle non-human primates from Africa, and travellers visiting endemic regions in Africa who have contact with fruit bats. 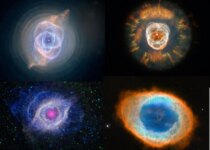 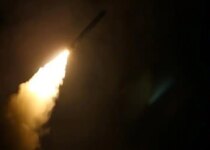