Chennai: The political crisis that gripped Sri Lanka more than a month ago has reached its climax with the resignation of Gotabaya Rajapaksa, the beleaguered president of the island nation. Rajapaksa fled the country on Tuesday night after thousands of protesters stormed his official residence, blaming him for the unprecedented economic crisis that has left the country bankrupt.

Rajapaksa resigned after flying to Singapore from Maldives. However, his next move remains a secret.

On Friday, Prime Minister Ranil Wickremesinghe was sworn-in as the interim President of the island nation. Speaker Mahinda Yapa Abeywardena announced that Parliament would meet on Saturday and the new President would be elected within seven days in accordance with the provisions of the Constitution.

The Speaker has sought the nominations of presidential candidates by July 19. Following this, the presidential elections will be held on July 20.

Ranil Wickremesinghe is also expected to contest the presidential elections. His party is also likely to get the support of the ruling Sri Lanka Podujana Peramuna (SLPP), which has a majority of MPs in Parliament. Hence, the probability of others contesting against him remains low, Vinayan Sujeenan, a political observer in Sri Lanka, told ABP Live.

Samagi Jana Balawegaya Party chief Sajith Premadasa enjoys strong support. The organiser of the party, Tissa Attanayake, said that a consensus of all parties was being formed regarding making Sajith Premadasa the PM.

However, Sajith Premadasa, who lost the last presidential election against Gotabaya Rajapaksa, has been demanding some reforms in the Consitution. He is firm on making an amendment to curtail the powers of the President. If Ranil Wickramasinghe agrees to the demand, Sajith will accept the post of the PM.

Since the political views of Ranil and Sajith go against each other, Ranil may also consider making former President Maithripala Sirisena or Anura Kumara Dissanayake of Janatha Vimukthi Peramuna as the PM.

The SLPP of the Rajapaksas will favour a government by Ranil Wickremesinghe. Hence, they are also motivated to make Ranil the President and are skeptical on making Sajith the PM.

The party is also holding talks with Mahinda Rajapaksa and Gotabaya Rajapaksa on supporting Sajith or bringing Sirisena into the contest. Even though Anura Kumara Dissanayake’s name is also being discussed, there is an opinion that he may not be the first choice due to the limited support of MPs.

In the current scenario, it will be a big challenge whoever takes the PM’s office since the government is going to be formed with the support of all the parties, said Vinayan Sujeenan.

After the presidential elections, an all-party Cabinet would be sworn-in and they would rule for the next two years. However, whichever government is formed, it would be very tough to find an immediate solution to the economic crisis in Sri Lanka. Only if the government takes action on a war-footing, the people will regain confidence in the government. 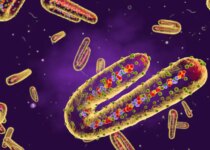