Skip to content
Home
Technology
Mobile and Tablets
OnePlus 10T to launch on August 3; here is what we can expect

OnePlus has announced that it will launch the OnePlus 10T during its event at 7.30 PM IST on August 3. The device is expected to come with a Qualcomm Snapdragon 8 Plus Gen 1 chipset. The company will also be launching OxygenOS 13 at the event

August 3, the next step of our evolution.
You’re invited to #EvolveBeyondSpeed with the #OnePlus10T 5G.

According to the leaks, the OnePlus 10T could launch with a 6.7-inch AMOLED display with a 120 Hz refresh rate. It is expected to feature a triple rear camera array with a 50-megapixel primary camera. The camera array could also come with 8-megapixel and 2-megapixel sensors. The OnePlus 10T is rumoured to come with a 4,800mAh battery that supports 150W fast charging.

The teaser image doesn’t reveal much about the phone but according to The Verge, increasing the brightness of the shadows in the teaser image seems to reveal what looks like a camera array that is very similar to the one on the OnePlus 10 Pro. Both devices have what looks like a fourth camera but on the OnePlus 10 Pro least, that is just a flash module. 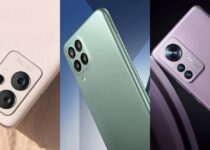