Chinese handset maker Oppo is set to launch the Reno 8 series comprising the Reno 8 Pro and Reno 8 along with the Oppo Pad Air and its flagship TWS earbuds, the Oppo Enco X2 in India on July 18 (today). The Reno 8 is likely to be a mid-ranger that would be priced around Rs 28,999, which is similar to the Reno 7 that was unveiled earlier this year. The Reno 8 will compete with the likes of the upcoming Redmi K50i (launching later this week), the newly-launched Nothing Phone 1 and the OnePlus Nord 2T.

Oppo’s launch event will start at 6 pm IST and can be live streamed both on YouTube and Facebook. Those who want to live stream the launch event can do so through the video embedded below.

Both the Oppo Reno 8 Pro and Reno 8 are likely to come with MediaTek Dimensity SoCs. A MediaTek Dimensity 1300 chipset would power the Reno 8 while the Reno 8 Pro may feature a Dimensity 8100 chipset. There would be a triple rear camera setup led by a 50MP main camera and two 2MP sensors on the Oppo Reno 8. It may feature a 6.42-inch FHD+ AMOLED display and come equipped with a 4,500mAh battery that supports 80W fast charging.

The Oppo Reno 8 Pro on the other hand would also sport a triple rear camera array led by a 50MP main sensor along with an 8MP ultrawide and another 2MP sensor. The Oppo Reno 8 Pro’s battery capacity would be similar to the Oppo Reno 8, but it would sport a bigger 6.7-inch FHD+ 120Hz AMOLED display.

As mentioned, the Oppo Enco X2 is the handset maker’s flagship TWS earbuds and it would arrive with active noise cancellation (ANC) and binaural Dolby Atmos Binaural Recording, which according to Oppo is a segment first. This feature is said to let users record and play back audio efficiently. The company is also touring that Oppo Enco X2’s support for 45dB depth and 4000Hz width ANC is “segment best.” The Oppo Enco X2 TWS earbuds would also feature Hi-Res Audio Wireless certification as well as a new low latency LHDC 4.0 codec.

The Oppo Pad Air is likely to be powered by a Qualcomm Snapdragon 680 chipset. The new tablet is likely to sport a 10.36-inch 2K resolution display as well. 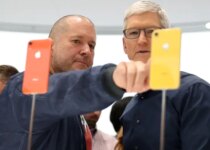 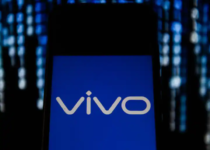 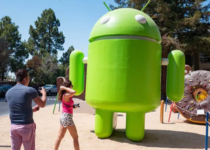