Google is celebrating German physicist and electronic music composer Oskar Sala’s 112th birthday through a Doodle which shows him playing a musical instrument called a Mixture-Trautonium.

The Trautonium is an electronic synthesiser invented by German musicologist Friedrich Trautwein in 1930. Oskar Sala joined Trautwein soon afterwards. They continued development of the Trautonium until Sala’s death in 2002.

The manual of the Trautonium is made of a resistor wire over a metal plate, instead of a keyboard. The metal plate is pressed to create a sound. Sala extensively developed the original instrument, spending several decades using it to make interesting sounds and compositions.

Sala’s subharmonic generator system is the most original contribution to the actual sound generating abilities of the instrument. The central module with the screens is one of the subharmonic generators that gives the Mixture-Trautonium the “mixture” portion of its name.

Born in Greiz, Germany, on July 18, 1910, Sala was fascinated by music from a tender age. Sala’s mother was a singer and his father was an ophthalmologist with musical talent.

Sala started writing songs and composing them using instruments such as the violin and piano at age 14.

Sala became fascinated by the tonal possibilities and the technology offered by the Trautonium when he first heard of the device, according to the official website for the Google Doodle. Sala then dedicated his life to mastering the Trautonium and developing it further. This inspired his studies in physics and composition at school.

Sala’s focus on music and physics led him to develop his own instrument called the Mixture-Trautonium. He had received education as a composer and an electro-engineer. Using this knowledge, he created electronic music that set his style apart from others. The Mixture-Trautonium has a unique architecture so much so that it could play various sounds or voices simultaneously.

Sala went on to work for a recording studio, composing musical pieces and sound effects for many television, radio and movie productions. These include the 1959 German drama film Rosemary and the 1963 horror classic Birds.

The Mixture-Trautonium produced noises like bird cries, hammering and door and window slams.

Sala gave many interviews describing his work, met several artists, and was honoured in radio broadcasts and movies. He also received several awards for his work. In 1995, Sala donated his original Mixture-Trautonium to the Gean Museum for Contemporary Technology.

Sala built other musical instruments namely the Quartett-Trautonium, Concert Trautonium, and the Volkstrautonium. Sala’s efforts in electronic music opened the field of subharmonics, the undertone series in music resulting from inverting the intervals of the overtone series.

Sala, with his dedication and creative energy, became a one-man orchestra. 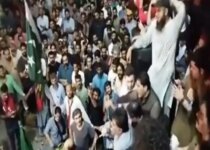 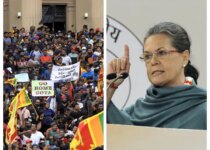