A ‘romantic journey’ precedes reproduction in flowering plants, according to a new study published in the journal Nature. Researchers in the Department of Plant and Microbial Biology (PMB), University of California, Berkeley, have uncovered the intricate molecular processes of this romantic journey.

The findings in the study published July 6 document a previously unknown process that serves as a method of communication during fertilisation. The exact mechanism for signalling has previously eluded researchers, according to Professor Sheng Luan, chair of the PMB department and senior author on the paper.

In a statement released by University of California Berkeley, he said at the moment, this whole process is now more clear than ever before.

According to the statement, Luan said researchers have previously recorded the presence of calcium waves preceding the fertilisation process. He noted that “they knew the calcium signal is important but didn’t know exactly how it is produced”.

The researchers introduced a biosensor to analyse how the calcium wave was produced by the female cell. The biosensor reports calcium levels in the specific cell to look for signals from the male parts that trigger calcium waves.

Luan and his colleagues found that pollen tubes emit several small peptides that can be recognised by peptide receptors on the surface of the female cell. Peptides are short chains of amino acids. Once activated, peptide receptors recruit a calcium channel that guides the pollen tube to the ovule and initiates fertilisation, the study said.

Luan explained that one could compare this to a delivery service. This is because the small peptide molecule serves as a signal to the female part of the flower, like a knock on the door letting the female part know the pollen tube is here.

After this the calcium waves cause the pollen tube to rupture. The immobile sperm is released once it is inside the ovule. This ensures a successful fertilisation process.

Luan said that in a way, the pollen tube basically commits suicide to release the sperm. He added that sometimes, the female reproductive cell also dies in order to expose the egg so they can meet and produce new life.

Understanding the intricate molecular processes of fertilisation may help improve the commercial yields in flowering plants, according to Luan. The findings can help researchers break the interspecies barrier. This will potentially open the door to the creation of new hybrid crop species through cross-pollination.

Plants have the miraculous ability to communicate through molecular emissions. Luan said that from an evolutionary point of view, plants reinvented their own molecules specific to their unique communication process.

According to the paper, the calcium channels identified in the study are unique to plants. This suggests plants invented a way to produce signals that are different from those found in animals.

According to Luan, researchers have studied calcium channels for more than 30 years, uncovering how they confer resistance to powdery mildew, a fungal disease that affects a wide variety of plants.

The biochemical role of calcium channels remained unknown until this study uncovered the specific channel activity. Luan said that reinventing new channels to communicate in their own way, consistent with different lifestyles of plants and animals, is of general importance to biology. 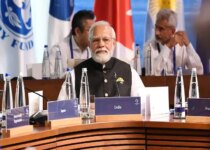 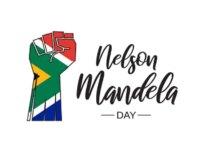 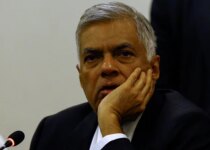