A unique sword that was discovered in three pieces in the Jåttå/Gausel area in Stavanger has unravelled interesting mysteries about the adventures of the Vikings, also known as the Norsemen. Two metal detector enthusiasts found the sword, independent of each other.

Inside the Gausel Queen’s grave, rich artefacts from the British Isles were found. The women buried in the Oseberg ship, a well-preserved Viking ship, also had artefacts in their graves.

“The sword would have been one of the most spectacularly ornamented and heaviest types of swords from the Viking Age,” a statement released by the University of Stavanger said. The blade of the sword is missing. However, the hilt has unique details in gold and silver. It also has exquisite details that were previously not known.

Archaeologists have discovered a total of around 3,000 Viking sword finds so far. Of these, 30 Viking Era swords have been discovered in Norway.

The Sword Has A Lavish Decor

The Museum of Archaeology at the University of Stavanger has preserved the sword. Though it is difficult to see the details in the hilt, the décor consists of gilded elements of the animal styles that were found during the Iron and Viking Age.

In the statement, conservator Cora Oschmann said it is very exciting to work on a find like this, and that it is challenging work, but researchers uncover new details daily.

The geometrical figures in the hilt are made up of silver. These figures were made using the niello technique, a method in which black metallic alloy of sulphur with silver, copper, or lead is used to fill designs that have been engraved on the surface of a metal or silver object.

The ends of the sword’s cross-guards, which are the individual bars on either side of a sword, are formed as animal heads.

Zanette Glørstad, an archaeologist from the museum, said the technique is of a very high quality, and both the lavish and complicated decor and the special formation of the crossguard make the sword a truly unique find.

The Sword Was Most Likely Imported

Archaeologists have discovered this type of sword in both Eastern and Western Europe. According to the University of Stavanger, the swords of this type found in Norway were most likely imported.

Glørstad said it is possible to imagine that copies of these types of swords were made by very competent swordsmiths in Norway.

The archaeologist added that the décor suggests the sword was made in France or England, and that it can be dated to the early 800s, like the sword found on the island Eigg. 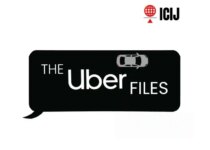 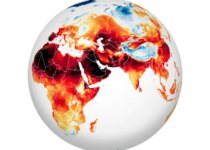